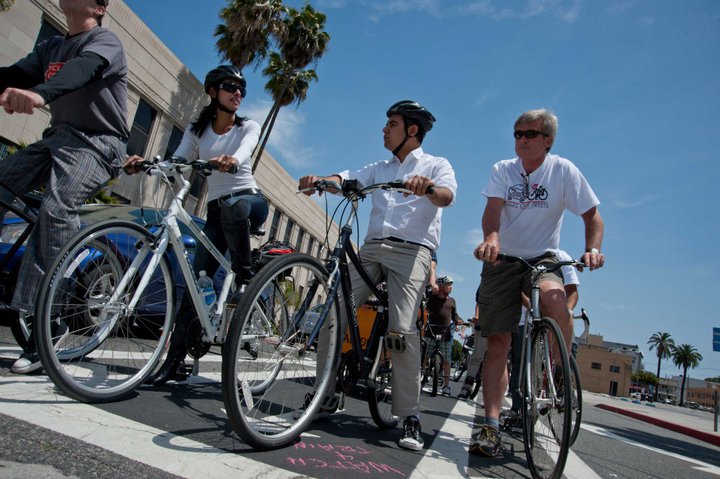 With Long Beach declaring a lofty goal of becoming the most bike-friendly city in America, a number of new programs and initiatives were set into motion beginning in 2009. R. Antonette Communications was selected to help manage outreach efforts for a variety of Bike Long Beach initiatives, focusing on bicycle safety and providing strategic counsel on how to address community and neighborhood issues. The initial assignment involved work on the city’s downtown separated bikeways, the first such construction in Southern California.

From organizations looking at Long Beach from the outside, the opening of green sharrow lanes in Belmont Shore was a positive event. But inside Long Beach, neighborhood associations and some councilmembers expressed concerns that they weren’t adequately informed about the project. The next major infrastructure project – the first-ever separated bikeways – required a different approach to advise affected residents of the project, reach commuters who might be impacted by construction and road diet, and generate positive coverage of bikeways among local and external audiences. There was some genuine concern that if this project failed, the political support for bike infrastructure would wane.

From the outset, we developed a proactive outreach strategy to communicate all of details about the project to key audiences. The public relations team created a number of master Q&A and FAQ documents for public dissemination and use by Long Beach city officials and councilmembers’ offices. While Bike Long Beach held public meetings, a local “war room” was established at the rear of a downtown coffeehouse where maps and information were prominently posted and one-on-one meetings between leaders and bike coordinator Charlie Gandy were conducted. The public relations team created a media preview campaign with Gandy and city officials in advance of the construction to advise of lane closures, parking details, and put the bikeways into the context of the greater bicycle master plan. Updates about lane closures and construction were communicated through Twitter and Facebook throughout the program. Finally, a public grand opening with Councilmembers Lowenthal and Garcia christened the lanes open for riding.

Through outreach efforts, advance coverage reached Long Beach audiences through the Press-Telegram, Gazettes, Long Beach Post and LBTV, while regional acclaim for the separated bikeways was achieved through stories on LAIst, LA Streetsblogs, and a number of environmentally focused and cycling sites. KABC-TV joined with the Long Beach locals to cover the opening rides. The momentum begun with the bikeways opening continued through the launch of bike-friendly businesses and National Bike Month efforts, for which the public relations team continues to lead regional and social media efforts.